Jupiter is a gas giant with a mass more than two and a half times that of all the other planets in the Solar System combined, while being slightly less than one-thousandth the mass of the Sun. Jupiter is the third brightest natural object in the Earth’s night sky after the Moon and Venus, and it has been observed since prehistoric times. It was named after Jupiter, the chief deity of ancient Roman religion.

Jupiter is primarily composed of hydrogen, but helium constitutes one-quarter of its mass and one-tenth of its volume. It probably has a rocky core of heavier elements, but (like the Solar System’s other giant planets) lacks a well-defined solid surface. The ongoing contraction of Jupiter’s interior generates more heat than the planet receives from the Sun. Because of its rapid rotation, the planet’s shape is an oblate spheroid, having a slight but noticeable bulge around the equator. The outer atmosphere is divided into a series of latitudinal bands, with turbulence and storms along their interacting boundaries. 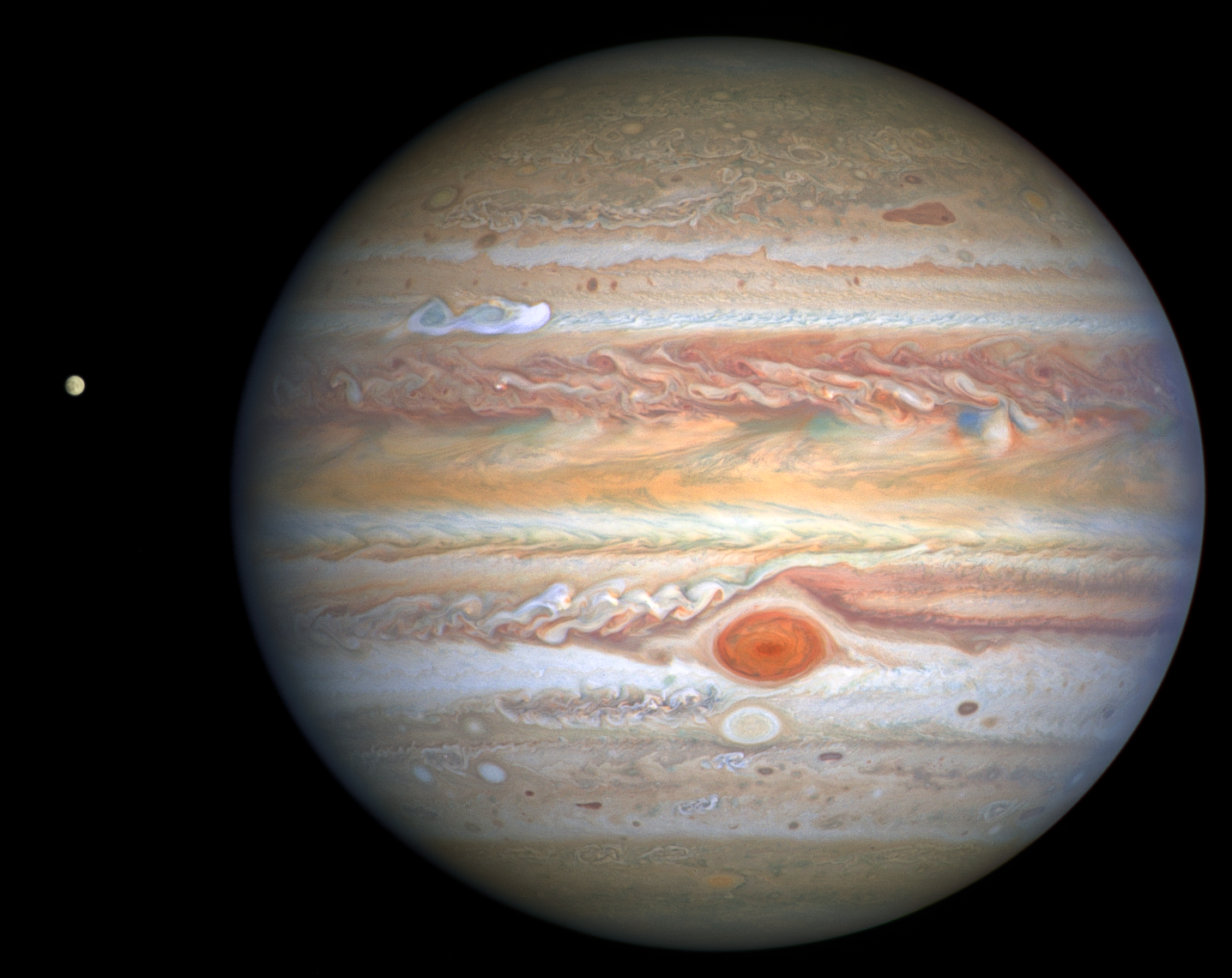 Jupiter’s upper atmosphere is about 90% hydrogen and 10% helium by volume. Since helium atoms are more massive than hydrogen molecules, Jupiter’s atmosphere is approximately 24% helium by mass. The atmosphere contains trace amounts of methane, water vapour, ammonia, and silicon-based compounds. There are also fractional amounts of carbon, ethane, hydrogen sulfide, neon, oxygen, phosphine, and sulfur. The outermost layer of the atmosphere contains crystals of frozen ammonia. Through infrared and ultraviolet measurements, trace amounts of benzene and other hydrocarbons have also been found. The interior of Jupiter contains denser materials — by mass it is roughly 71% hydrogen, 24% helium, and 5% other elements.