Melatonin is a hormone primarily released by the pineal gland at night, and has long been associated with control of the sleep–wake cycle.

In vertebrates, melatonin is involved in synchronizing circadian rhythms, including sleep–wake timing and blood pressure regulation, and in control of seasonal rhythmicity including reproduction, fattening, moulting and hibernation. Many of its effects are through activation of the melatonin receptors, while others are due to its role as an antioxidant. In plants, it functions to defend against oxidative stress. It is also present in various foods.

In animals, melatonin plays an important role in the regulation of sleep–wake cycles. Human infants’ melatonin levels become regular in about the third month after birth, with the highest levels measured between midnight and 8:00 am. Human melatonin production decreases as a person ages. Also, as children become teenagers, the nightly schedule of melatonin release is delayed, leading to later sleeping and waking times. 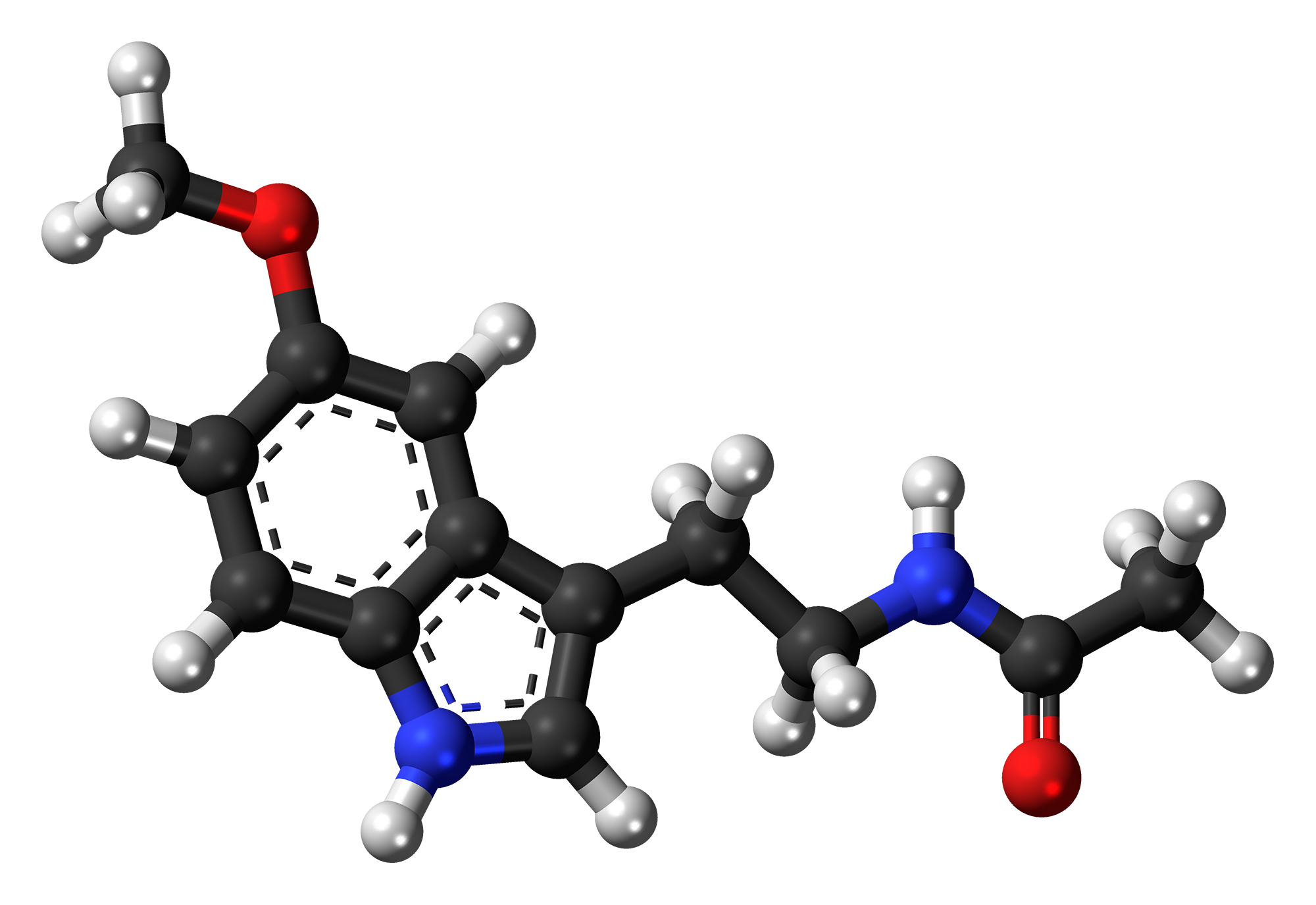 While it is known that melatonin interacts with the immune system, the details of those interactions are unclear. An antiinflammatory effect seems to be the most relevant. There have been few trials designed to judge the effectiveness of melatonin in disease treatment. Most existing data are based on small, incomplete trials. Any positive immunological effect is thought to be the result of melatonin acting on high-affinity receptors (MT1 and MT2) expressed in immunocompetent cells. In preclinical studies, melatonin may enhance cytokine production, and by doing this, counteract acquired immunodeficiences. Some studies also suggest that melatonin might be useful fighting infectious disease including viral, such as HIV, and bacterial infections, and potentially in the treatment of cancer.